Quantum technology is a key technology that enables new products and services. The potential of quantum computers, simulators, networks, and sensors holds enormous promise for society, industry, and science. This brings us to the brink of a technological revolution that can help provide solutions to a variety of major societal challenges.

How does quantum technology work?

Quantum mechanics is about particles smaller than atoms. These particles have special properties that are used in quantum technology for technological innovations, from extremely fast computers to long-distance data communication.

The principles of quantum technology

A quantum particle can be in several states at once; it can be in several places at once, for example. This is called superposition. Only when we take a measurement do we record the position. So, this is different from, for example, a coin, where we know that either heads or tails is facing upward, but not a combination of the two which is only determined when we look at the coin.

Two or more quantum particles, such as photons or electrons, can combine to form a single system. These particles appear connected by an invisible bond, which is known as entanglement. If 2 particles are entangled, by measuring the state of one particle, you immediately know more about the state of the other particle, even if they are at a great distance from each other. They seem to communicate and exchange information faster than the speed of light.

The unusual behaviour of small quantum particles allows the technology to be used for a variety of applications. We’ll explain 4 applications that TNO is working on.

A quantum computer calculates differently than a classical computer. The classical computer calculates using bits, which are units of digital information that have a value of 0 or 1. In a quantum computer, the quantum bits, also known as qubits, can be 0 and 1 at the same time. This allows qubits to collectively be in a superposition of all possible states.

Qubits give quantum computers tremendous processing speed. This is because they do not go through all the options one by one, but can test them all at the same time, for example, when solving the route in a maze, as you can see in the video below. Quantum computers can solve complex problems that are virtually unsolvable for classical computers because the calculation would take centuries. Watch this video to find out how quantum computers work.

A quantum simulator is a quantum computer with one specific application (‘special purpose quantum computer’). These simulators make it possible to solve solid-state physics, quantum chemistry, materials science, and high-energy physics problems. Through the quantum mechanical interactions between atoms, electrons, and photons, a quantum simulator can mimic other complex systems. We are working with partners on this type of simulator. The high-performance nanodevices required for this purpose are manufactured and optimised in TNO clean rooms.

Entanglement plays an important role in quantum communication. Entanglement of qubits allows the state of entangled particles to match, even over long distances. What's more, qubits can’t be copied with preservation of superposition. Any attempt to intercept qubits is, therefore, detected. That's why quantum communication is potentially extremely secure.

We model, simulate, and integrate quantum networks, and we explore the various application possibilities of quantum communication. We are also involved in the design and manufacture of advanced optical systems for future quantum networks, such as quantum memory and frequency converters. And we are exploring the possibilities of quantum communication with and between satellites, working with partners from the space industry.

Quantum sensors can detect changes in temperature, radiation, acceleration, time, and electric or magnetic fields. This is because they are more sensitive and have a higher resolution than classical sensors. This enables, for example, the measurement of extremely small structures, such as DNA. The first systems with quantum sensors are now available. And in the longer term, this will lead to better navigation systems, radar systems, and medical detection techniques. We are also exploring opportunities for the high-tech mechanical engineering and semiconductor industries, where metrology is a major challenge.

Several expertise groups within TNO are contributing to quantum developments:

Example of superposition and entanglement

These 2 principles of quantum technology can also be easily understood using the example of Schrödinger's cat.

Quantum technology holds great promise for society, industry, and science. The Netherlands is a global leader in the use of quantum technology. It has also been labelled a key technology by the Netherlands and other European governments. The Netherlands wants to maintain and strengthen its position as leader and pioneer in the knowledge and development of quantum technology. That is why the National Quantum Technology Agenda (NAQT) was drawn up, on behalf of the State Secretary of Economic Affairs and Climate Policy and the High-Tech Systems & Materials and IT top sectors. The QuTech expertise centre, of which TNO is a co-founder, contributed to NAQT. QuTech is a collaboration between TU Delft and TNO. 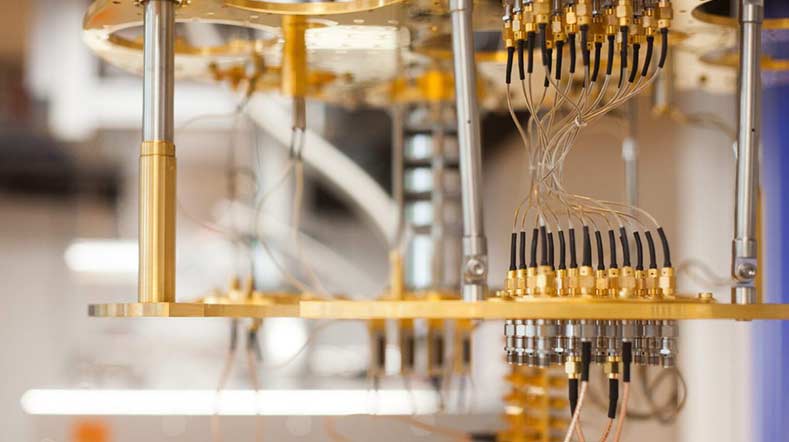