Green hydrogen from seawater thanks to unique trial plant

The first ever trial offshore hydrogen plant is being built in the North Sea. Off the Dutch coast, more than 10 kilometres from The Hague, the PosHYdon installation will produce green hydrogen from sustainable electricity generated by wind and solar. This is a first step towards large-scale offshore hydrogen production from wind power.

Increasing numbers of wind farms are being built offshore, and ever further from the coast. But what is the best way to get the electricity to the mainland? Through electrolysis of seawater, you can convert electricity into hydrogen and transport the gas using existing gas pipelines. Transporting such hydrogen molecules is considerably cheaper than using cables to bring electricity to land from offshore wind farms.

Hydrogen can replace natural gas in industrial processes, reducing CO2 emissions. Over time, hydrogen could also be used for transporting heavy loads by road, on water, and possibly also by air. And a handy feature is that this energy can be stored to avoid overloading the electricity grid at peak times.

Offshore wind will have to become our most important source of renewable energy – even more crucial than land-based wind, solar, geothermal or biomass. The good thing is that there are many platforms in the North Sea that have reached the end of their service life. They need to be demolished, but there are still gas pipelines in place. These can still be used to transport hydrogen before they’re finally disposed of.

This hydrogen plant trial is being run on the PosHYdon installation on Neptune Energy’s Q13a oil and gas platform. This active production platform is the first on the Dutch North Sea to be fully electrified. On this platform, PosHYdon integrates three offshore systems: offshore wind, offshore gas, and offshore hydrogen. TNO developed the concept as part of the North Sea Energy programme and it will carry out the trial programme.

The hydrogen plant that is currently being built should be operational in 2022 and will have a capacity of 1 megawatt. It will have a positive impact on the environment, because every sustainably produced kilo of hydrogen saves 10 kilos of CO2 compared to hydrogen produced from natural gas.

New insights thanks to PosHYdon

We can learn a lot from the PosHYdon project and the collaboration. One example is the follow-up steps needed to work towards the large-scale offshore production of green hydrogen. Another is insight into the dynamic behaviour of a hydrogen production facility that will be linked to offshore wind farms. We’ll also gain an understanding of the costs of installing and maintaining offshore hydrogen production.

If this PosHYdon trial is successful, it will also have many economic benefits:

Major advantages are the transportation and storage of large-scale wind energy by reusing existing infrastructure. Innovations make it possible to transform existing drawbacks in order to achieve a profitable result. We help with our knowledge about:

This project may also be a step towards offshore energy islands, where hydrogen production may also take place.

Innovation of the Year Award

PosHYdon won the 2019 Innovation of the Year Award at the Awards of Excellence, organised by the Oil & Gas Council (see image). The project was announced as ‘an exciting step that emphasises the worldwide shift to alternative energy technologies’. It was also described as ‘an extraordinarily promising new path for platform development’. 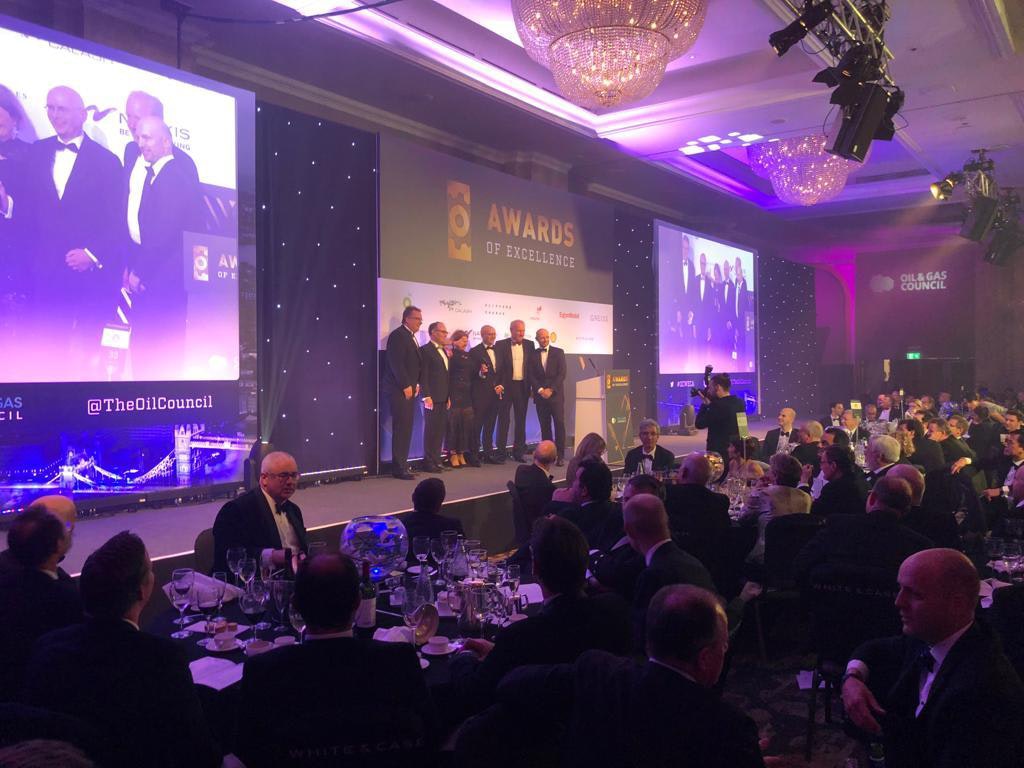 The Netherlands Enterprise Agency (RVO) has awarded the PosHYdon project a Demonstration of Energy and Climate Innovation grant worth 3.6 million euros. With this grant, the consortium has started the current pilot phase. The remaining funding is provided by the 14 consortium partners. 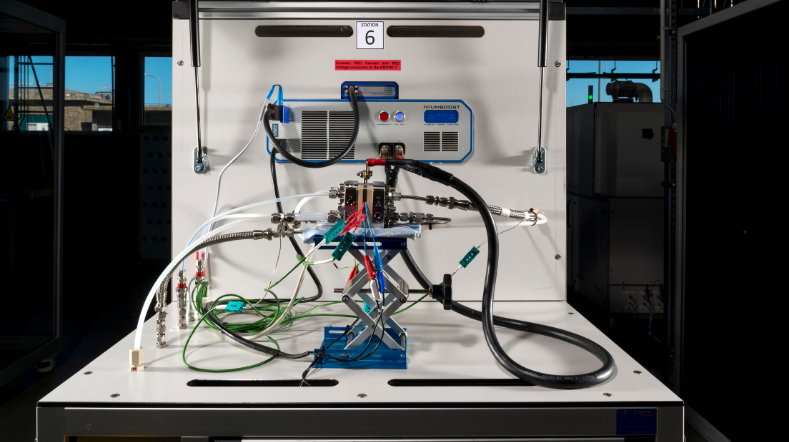 Producing hydrogen without carbon emissions is called green hydrogen. It is made from water via electrolysis with electricity from sun and wind.
Read more
over Towards clean hydrogen production