In the RESULT (Enhancing REServoirs in Urban deveLopmenT) project, TNO – together with ENGIE, Huisman Geo and EBN – will be investigating whether an innovative drilling technique can make the production of geothermal heat from thin reservoirs economically feasible. With this project, the consortium wants to demonstrate that the new drilling technique can improve the production from thin reservoirs by 30-100%.

The preferred location, which may be suitable for this demonstration, is in the municipality of Zwolle. The final location will be known in 2021. The research project has been positively assessed by the European subsidy programme Geothermica and has received a subsidy decision of a maximum of 5.7 million euros.

The economic potential of thin reservoirs

In the Master Plan Geothermal Energy in the Netherlands, the ambition has been set out to use geothermal energy to heat approximately 25% of homes, light industry and the horticulture sector by 2050. There are now approximately 24 so-called doublets; 20 of these are in production, mainly in Westland and North Holland. In these areas, there is a great deal of knowledge about the deep subsurface and there are suitable reservoirs for geothermal heat extraction.

The economically extractable potential depends strongly on the depth, thickness and permeability of these reservoirs in the deep subsurface. An economically feasible project requires a permeable stratum, preferably 100 metres thick. However, there is hope that sufficient heat can be extracted from less thick and less permeable layers using alternative techniques.

Maurice Hanegraaf of TNO: “If the drilling with the new technique succeeds, geothermal energy can be developed in many more areas of the Netherlands than is currently the case.”

Following extensive geological, technical and economic preliminary research, a borehole is required in which the technique can be demonstrated. If this demonstration proves successful, a second one will follow.

Remco van Ee of Huisman Geo continues: “For Zwolle, we are assuming a stratum of approximately 60 metres at the location where a heat network can be developed. Through multilateral drilling – a form of drilling with different lateral branches – we want to demonstrate that production can be significantly increased and costs can be reduced using innovative tools as compared to regular drilling techniques. In a successful demonstration, the first well will be the production well and the second will be the injection well.”

Councillor Monique Schuttenbeld of the municipality of Zwolle: “In Zwolle, we have already done a lot of preliminary work in order to be able to use geothermal energy as a sustainable source of heat for the city. In Dijklanden, we’ve found a suitable location for this. The site next to the neighbourhoods of Holtenbroek and Aa-landen is very favourable. For these neighbourhoods, a heat network seems to be the best alternative to heating with natural gas. Research shows that the subsurface is suitable for the extraction of geothermal heat, but that there’s a stratum with a limited thickness. RESULT’s goal therefore fits in very well with the situation in Zwolle. For us, this project is a wonderful opportunity to take the development of geothermal energy in Zwolle to the next phase.”

About the research project

The total project cost of RESULT is estimated at 18 million euros, of which up to 5.7 million euros will come from the European subsidies programme Geothermica. The remainder will be invested by consortium parties following a final investment decision. In advance of this project, Huisman Geo and TNO will test this drilling technique extensively at another location. TNO has a facility called Rijswijk Centre for Sustainable Geo-energy (RCSG), where the innovative drilling technique will be tested this year at a depth of 400 metres. After a successful trial, this technique in RESULT will be able to be used at greater depths.

Subsidence in The Netherlands

Read more
over Subsidence in The Netherlands 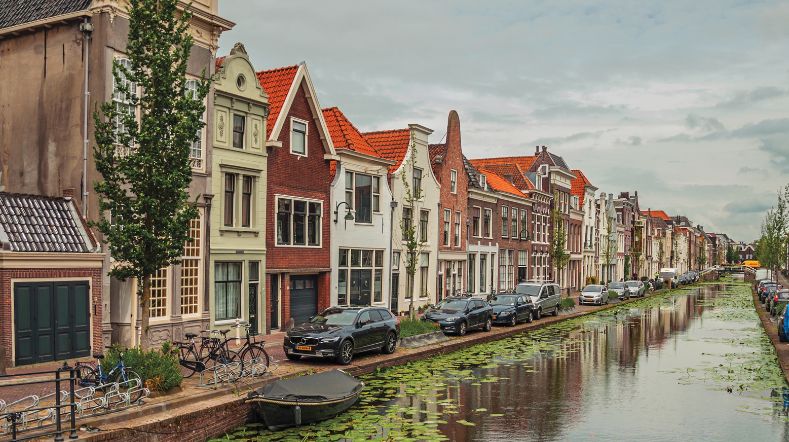 Geo data and IT

Geo data and IT makes data sets of subsurface information digitally accessible, for plan development, policymaking, and scientific research, among other aims.

Read more
over Geo data and IT

We develop models of the soil composition in the Netherlands. The Geomodelling expertise group focuses on these models to predict subsidence.

The Applied Geosciences expertise group combines knowledge and experience related to the use of sustainable energy sources, such as geothermal energy.