Streaming a film or TV series is nowadays so simple that you could easily forget that data centres have to run flat out in order to allow viewers to enjoy their experience. And that produces a hefty quantity of CO2 emissions. TNO is therefore looking for ways of sharply reducing the amount of energy needed for streamed content. This involves examining not just the technical aspects, but also what could be achieved at the user’s end.

Netflix, Amazon Prime, HBO Max, Apple TV+, Disney+, Cinetree, YouTube, Twitch, Videoland, NLZIET – the range of streaming services to choose from is increasing all the time. For viewers, that’s great news. Moreover, high-speed internet allows very high resolution streams. That means incredibly clear images, even on TV screens that are so large they cover almost the entire surface of the living room wall. But this new trend in watching television is leading to greater CO2 emissions.

Energy consumption by ICT services for streaming videos and the like now accounts for between five and eight percent of the worldwide use of electricity. This proportion is expected to grow markedly in the future.

Exactly what level of CO2 is released when someone watches a film or series that is streamed online? That depends on various factors. Obviously, it starts with the supplier and the extent to which they take measures designed to stream video content in an energy-efficient manner.

However, viewer preferences and the equipment they have in their homes also play a major part. Do they want a 4K resolution experience – in other words, the clearest possible picture? Or are they happy with a lower number of pixels?

"Research has shown that the use of a specific programming language can result in lower energy consumption than if programmers were to use another language."

“Streaming services have many options for limiting their energy consumption,” explains Hans Stokking, who works at the TNO ISP unit, where he uses his knowledge about digital video technology to find solutions to the high level of energy consumption.

“To start with, it helps if streaming services dynamically deactivate servers in data centres whenever they are not receiving any data requests. However, the programming language that a streaming service uses is also an important factor.

Research has shown that the use of a specific programming language can result in lower energy consumption than if programmers were to use another language. These are the areas of low-hanging fruit.”

“For a long time, providers of streaming services focused primarily on the quality of their video services,” he continues. “How much energy it costs to send video content with more and more pixels was never an issue. It was not something that preoccupied viewers, either. But that is now changing rapidly. Now, more than ever, it is becoming clear how much energy data centres use and what costs that entails.”

The big question is, what proportion of the overall energy consumption of cloud services and networks does video content account for? That is the very question that researchers currently have too little information about. One reason for this is that the providers are not obliged to publish how much energy they consume.

In Europe, it appears this might be about to change, however. European legislation looks set to be introduced that will oblige member states to pass on the energy consumption of every data centre from 2024. Greater transparency is needed worldwide, but this new legislation is an important step towards gaining a more accurate picture of how many kilowatt hours an average data centre actually uses.

When it comes to streaming video content, however, it is not just the providers who have a part to play, says Joke Kort (behavioural expert, senior scientist, and advocate of the theme of consumer engagement at TNO).

“The initial focus lies on researching and developing technological solutions to the high level of energy consumption that streaming involves.

But it is just as important to look at the behaviour of users. It is users who ultimately decide what video content, and the quality of that content, is desirable or sufficient. In doing so, they also determine what devices to use in order to view video content.”

“One possible idea could be for streaming services to give their users the option of pressing a button that ensures that their streaming runs via a ‘saving’ setting,” says Hans Stokking.

“Facebook have introduced such a saving setting for people in developing countries. Their intention was to reduce data consumption to enable people with slow internet connections to still use Facebook.

But that same principle could also be used by streaming services to limit their data flows and therefore their energy consumption. Users could state whether or not they would like to use it. Not via an option tucked away obscurely in the menu, but through a prominently displayed button that can be quickly and easily activated or deactivated.”

As streaming services are designed or modified, there are many available solutions. Algorithms help users decide what to watch. But if that support were improved, the phenomenon whereby users start watching films or series and then stop watching them after a short time because they turn out not be what they are looking for would occur less frequently.

“It would be a good thing if viewers could see what level of CO2 emissions they are saving as a result of their behaviour and the choices they make,” adds Joke Kort. “That type of direct feedback could encourage greater energy efficiency among viewers.

At the same time, it is important to involve consumers very early on at the design stage of new technological products and services. With this kind of development, consumer engagement is essential and indeed forms an integral part of our approach.”

The big challenge now is to highlight more prominently the level of energy consumption by data centres and telecommunications networks, and the options for making savings in our digital infrastructure. This is an area in which TNO is currently conducting research.

If data centres can drastically reduce their energy consumption, it will have a direct impact on CO2 emissions. But the biggest benefit is probably that fewer data centres would have to be built or expanded, thereby also reducing the burdens imposed by construction work, new equipment, and transport movements.

“There are currently very few policies regarding whether or not data centres should be built. The same thing applies to saving energy by streaming services,” says Geerte Paradies. She is a social psychologist working as a Science Innovator at TNO, in which role she is involved with the question of how, as a society, we can achieve a lifestyle without CO2 emissions.

“At present, people’s payment plans allow them to stream without any limits. This means they use them extensively, almost without realising it, and are unaware that they could save energy, thereby reducing CO2 emissions. It would be therefore very helpful if that level of awareness could be raised.

For example, we wonder whether it would be a good idea to introduce an energy label for streaming services that could perhaps persuade users to change their habits. This could be a first step towards having policies that make it easier to consume less energy.

“In looking at possible solutions, therefore, it is not just the technical aspects that we consider,” continues Paradies, “but also principles from the field of behavioural psychology. We know that awareness alone is not enough.

Here at TNO, we are looking for ways of generating enthusiasm among relevant parties about sustainable streaming solutions. In doing so, we are focusing not only at streaming services and their users, but also at policymakers who are involved with climate objectives. To be continued!” 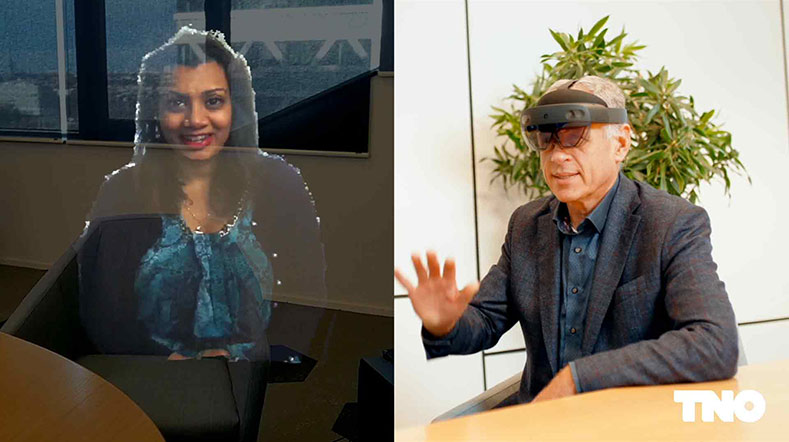 TNO received a Research Grant from Meta for a study of the effects of using Social XR (eXtended Reality) in the workplace. 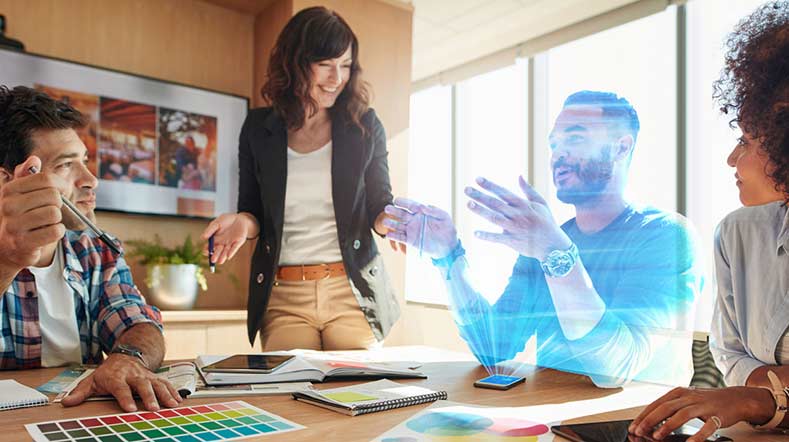 Attend Europe's leading festival on virtual, augmented and extended reality. Our team from TNO will also be present. We will tell you more about Social XR and metaverse.

Discover how a digital society can improve our smart society's quality of life and competitiveness.