D-score: a measure of child development

A research group led by the World Health Organization (WHO) adopted the D-score, a measure of child development for children aged 0-4 years. The D-score, developed by TNO and used in the Dutch youth health care, now forms the scientific backbone for integrating measurements on child development from other countries.

What did the WHO decide?

The Global Scale for Early Development (GSED) project led by the WHO has opted for a measurement method that expresses the development of a child in a single number, the so-called D-Score (D for Development).

At their Washington meeting the research group compared several alternatives to quantify child development  and elected the D-score as the preferred measure. This makes it possible to monitor children’s development worldwide with the same measure. The group comprises of 25 international experts from Harvard University, Johns Hopkins University, Stanford University, TNO, WHO, and others.

Why was the Dutch model chosen?

In international comparison the Dutch youth health care scores very well. Dutch children are among the healthiest in the world. Sufficient data were available to develop and validate the D-score for the Dutch situation. This work was coordinated by Stef van Buuren at TNO.

Drawing on TNO’s knowledge of youth health care and statistics it was also investigated whether the D-score would also work in other countries, especially countries in low- and middle-income countries (LMIC).

The GSED project assembled 51 data sets that measured early child development, using different instruments and totaling 4.7 million data points. The D-score methodology was able to connect the different instruments in a joint analysis, this resulting in a common scale in which comparisons across data sets can be made. The statistical analyses provided strong evidence that the D-score works well also in other countries.

Why must the results be summarized in one (D) score?

The D-score translates the results on different characteristics into a single number. This number is a measure of the child's global development, combining physical, emotional and communication indicators to detect developmental delay in infancy.

The D-score is based on the ‘Van Wiechen schema’ containing items routinely used in the Dutch child health care system, like “Can the child stack two blocks”, “Can the child walk”, and so on. Just like height and weight, the D-score increases with age, so we can also monitor child development over time using growth charts. This differs from traditional practice where developmental milestones are evaluated separately, or where aggregates are made in domain-specific scores.

The D-score contributes to better methods for monitoring and stimulating development in young children in different countries, because it makes it possible to evaluate interventions. It is our ambition to accurately define this group of children with the D-score.

Stef van Buuren, together with colleagues at TNO and with the support of the Bill & Melinda Gates Foundation, is working on a series of booklets that explain the scientific principles of the D-score. Moreover, online tools are being set up, that integrate well with other software to calculate and monitor child development.

Want to be kept informed about our projects?

Group Care for pregnant women: A game changer for maternal and child care

Approximately 800 women die every day from preventable causes related to pregnancy and childbirth. Group care breaks the vicious circle of poor quality and inadequate utilization of services by offering care that addresses health holistically. It also focuses on health promotion and information and meets the needs of the end users. TNO and partners co-create strategies, learn implementation lessons and build ecosystems for learning and adaptation to bring group care to scale in seven countries.

Read more
over Group Care for pregnant women: A game changer for maternal and child care 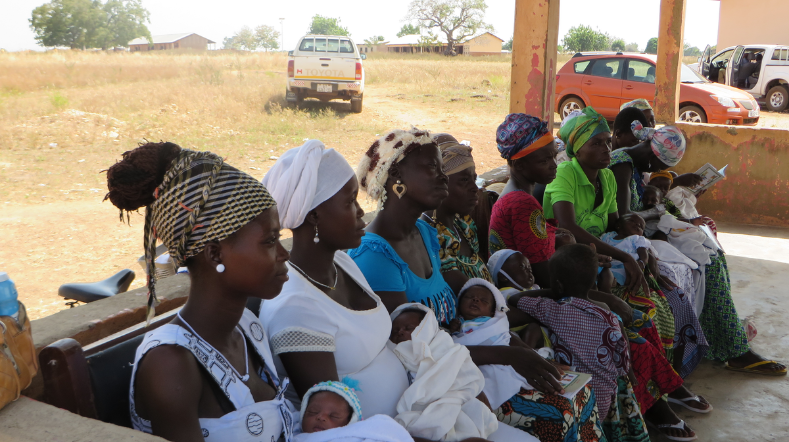 We improve young people's health care by joining forces with the integrated care chain. This is why we participate in Werkplaats SAMEN, and are developing a digital GIZ.

We help increase the resilience of parents and their children with divorce problems using the training DivorceATLAS, and with a programme for children.

A child's first 1,000 days make all the difference for later. Find out what we’re doing to improve children's health at an early stage.