A second life for existing concrete

The production of concrete is responsible for 5 to 8 percent of global CO₂ emissions. Together with the construction industry, TNO is looking for solutions to this problem. In part 1 of this diptych, we searched for the best recipe for circular concrete. However, this solution is mainly focused on the future. What can we do right now? Time for part 2: a second life for existing concrete.

TNO advocates reusing existing concrete structures as much as possible. So too does Siska Valcke, the researcher specialising in circular concrete. “The best thing would be if you could use large concrete components as a kind of Lego block in a new building. But in the past, this sort of thing wasn’t taken into account when designing concrete structures."

"Some architects now design new structures that are easier to take apart later on. But instead of waiting for those modular concrete components to become available, it would be better to encourage the reuse of elements from structures that already exist.”

“We can do that by taking the quality of reusable concrete elements as a standard starting point when formulating the design rules,” adds Agnieszka Bigaj-van Vliet, the TNO expert on circular concrete structures. “This means that new methods are also needed to quantify the residual lifespan and residual capacities of reusable elements.”

But what if the reuse of existing concrete elements turns out to be impossible? “Then we can’t avoid breaking down the concrete so that we can then reuse the sand, gravel and a small part of the cement as a secondary raw material when making new concrete,” says Valcke.

Cement is responsible for no less than 90 percent of the total CO₂ emissions from concrete. Concrete may still contain cement particles that have not yet undergone a reaction. At the end of the lifespan of a concrete structure, you can remove those specific cement particles from the concrete with a special machine and then reuse them as a binding agent. This is already being tested in large-scale practical trials. Although this is a good development, only small percentages of unrefined cement can be recovered in this way. In terms of volume and CO₂ reductions, this is therefore not a complete solution to the problem.

The reuse of sand and gravel is a simpler story. “Every year, more than 20 million tonnes of stony construction and demolition waste become available, 12 million tonnes of which is concrete rubble,” says Valcke. “On paper, this is already a large part of the material needed for the more than 30 million tonnes of concrete structures that are built every year. However, it’s important that it becomes legally possible to make new concrete with large quantities of recycled materials. At the moment, there are still restrictions on this.”

Read part 1: Searching for the best recipe for circular concrete

Both globally and in the Netherlands, we are lagging the Paris climate targets. Meeting the climate targets is urgent, but possible. TNO advocates an integrated approach and demonstrates how we can speed up the process towards climate neutrality. 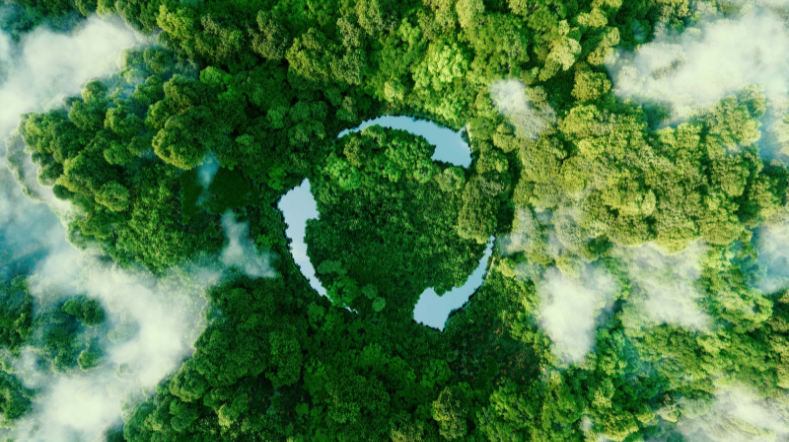 The necessary sustainability of the industry poses many challenges. Climate targets are being tightened up and have gained momentum in recent years. Decision makers want to know: how do I continue to make a profit in that new context? In this webinar on 28 September we discuss this with partners and come up with tailor-made solutions.

Read more
over Webinar: Industry CO2 neutral and circular in 2050